Why is My Drain Clogged? 3 Common Reasons 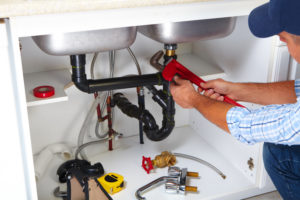 Interior plumbing has existed since 2500 B.C., which means plumbing problems have been plaguing human beings for a substantial amount of time (and they’ll continue to). Fortunately, we’re no longer in the Neolithic Era of plumbing services and technology, but today’s plumbing problems are the same as they’ve always been.

The infamous clogged drain is one of the chief annoyances of homeowners, and the problem pops up more often than people think. While simple clogs are rarely major problems, going without drain cleaning can lead to additional issues that will cause a need for plumbing services a bit more serious than fixing a leaky faucet. Let’s look at why your drain is clogged.

Drains don’t get a lot of attention, and they perform their jobs faithfully day in and day out. Staying on top of keeping them clear is as simple as the occasional application of drain clearing chemicals and hot water. If you’re noticing a sink, shower, or bathtub not draining as fast as usual or water begins pooling, now you know what’s generally making it happen. Keep up with clearing your drains, because faithful prevention keeps plumbing repair away as long as possible.

Let the pros at H.J. Pertzborn solve all your problems before anymore damage is done to your pipes or property.

Fix your plumbing problems quickly and protect your property.

Let the pros at H.J. Pertzborn solve all your problems before anymore damage is done to your pipes or property.